Kenneth Stern is the director of the Bard Center for the Study of Hate, an award-winning author, scholar and attorney. 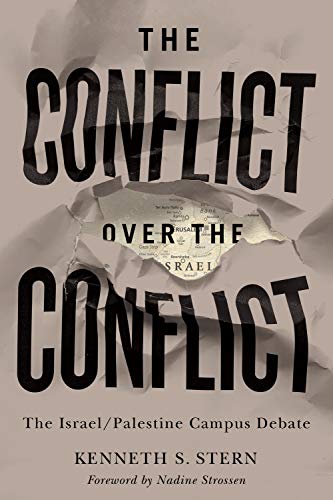 To contact Mr. Stern regarding speaking about his books, antisemitism, hate, or his workshop on how to have rational discussions about Israel/Palestine, click here.

Mr. Stern is a driving force behind the growing effort to create an interdisciplinary approach to the study of the vexing question of human hatred, and to use that increased knowledge to inform and drive action.

Mr. Stern is a founding member of the Alliance for Academic Freedom. Recent articles about and by Kenneth Stern, as well as radio interviews, are available here.

Immediately before becoming the founding director of the Bard Center for the Study of Hate he was executive director of the Justus & Karin Rosenberg Foundation. For nearly a quarter of a century before that, Stern was the American Jewish Committee’s in-house expert on antisemitism and all forms of hatred, and as such had a hand in such landmark events as:

•  The repeal of the U.N.’s equation of Zionism with Racism
(He organized the kick-off meeting for the repeal at the U.S. Mission to the U.N.)

•  The Holocaust denial trial of David Irving v. Deborah Lipstadt
(He was a key member of the defense team.)

•  The advance of hate crime training and programs
(He was a lead co-designer of a law enforcement training program on hate crime for European countries.)

•   The creation of a “working definition” of antisemitism
(He was the lead drafter.)

Stern has also trained over 200 college and university presidents on how to manage bigotry on campus.

Just days before the bombing of the Oklahoma City federal building, Stern wrote a report predicting such attacks, and warned that there might be one on April 19, given the importance of that date to extremists following militia ideology (his report was called “prescient”). His resulting book, A Force Upon The Plain: The American Militia Movement and the Politics of Hate, was nominated for the National Book Award.

As a trial attorney before his AJC tenure, Stern was involved in several high-visibility cases, among them his defense of American Indian Movement co-founder Dennis Banks in one of the last post-Wounded Knee cases (his book about this case, Loud Hawk: The United States vs. The American Indian Movement, won the prestigious Gustavus Myers Award), his representation of Portland, Oregon’s homeless community in a federal civil rights lawsuit, and his representation of Dr. Jack and Micki Scott in their libel case against heiress-turned-SLA member Patty Hearst.

His other books are Antisemitism Today and Holocaust Denial.